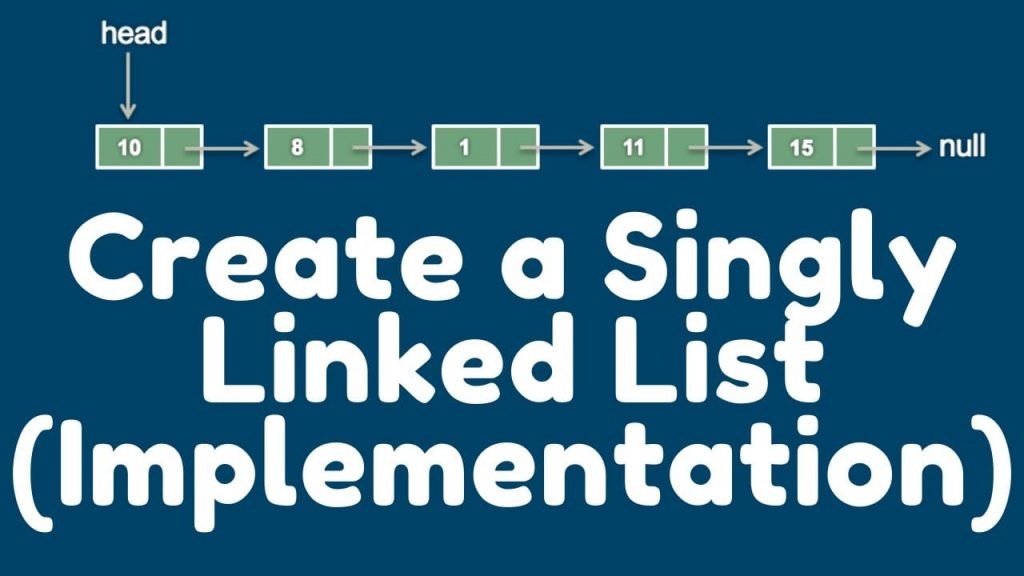 Firstly, if you are working as a developer or programmer, Java is a must-have knowledge you should have to serve for your career. In fact, Java includes a tons of things. However, in order to work well with Java, one of the most essential things you have to concentrate on is Singly linked list java. […]

Linkedlist java: Everything you need to know with code examples 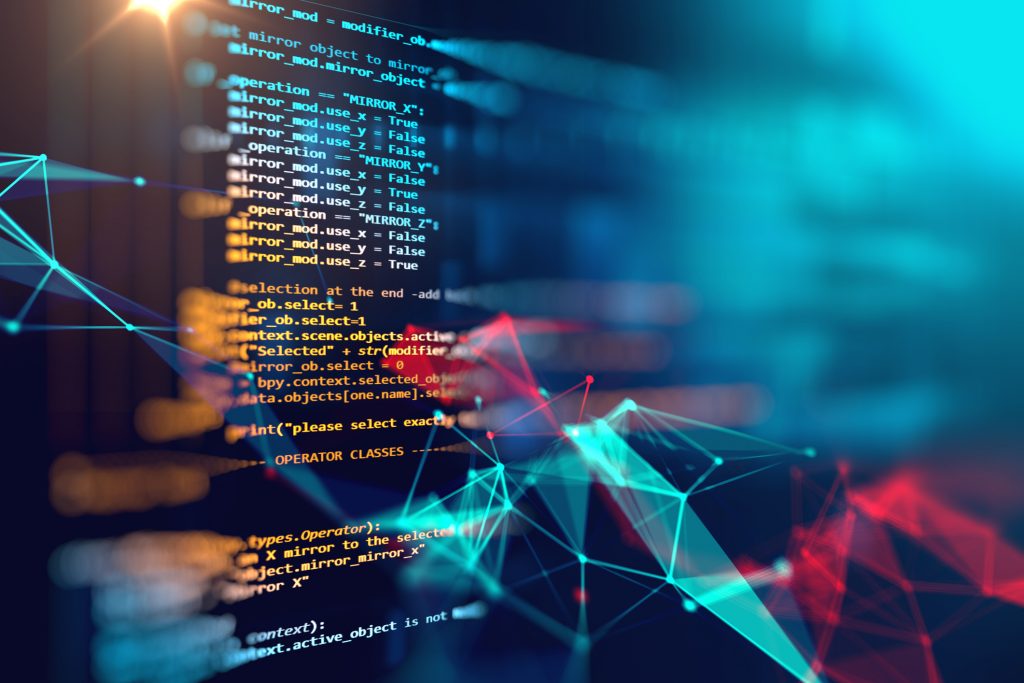 Firstly, if you are a newbie to Java, one of the most essential things you should focus on is Linkedlist java. However, which is this and how to perform it well? Then, in order to help you master with it, ArrowHiTech will deliver you all useful information about Linkedlist Java and illustrate it through some […]

Doubly linked list java: How to create and display it with code examples 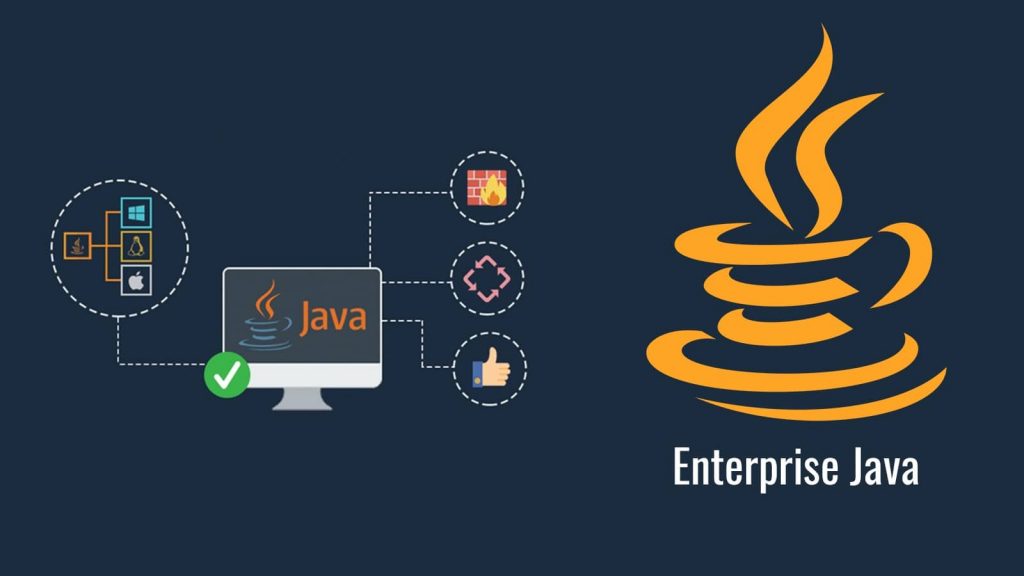 If you are a developer or a programmer, Java is something that can’t be lacking for you to develop your career. Mentioning Java, one of the most important things that we can’t ignore is Doubly Linked list Java. In case you have no knowledge of it, this blog is for you. This is because in […]

Java uses unchecked or unsafe operations: Causes and how to fix it 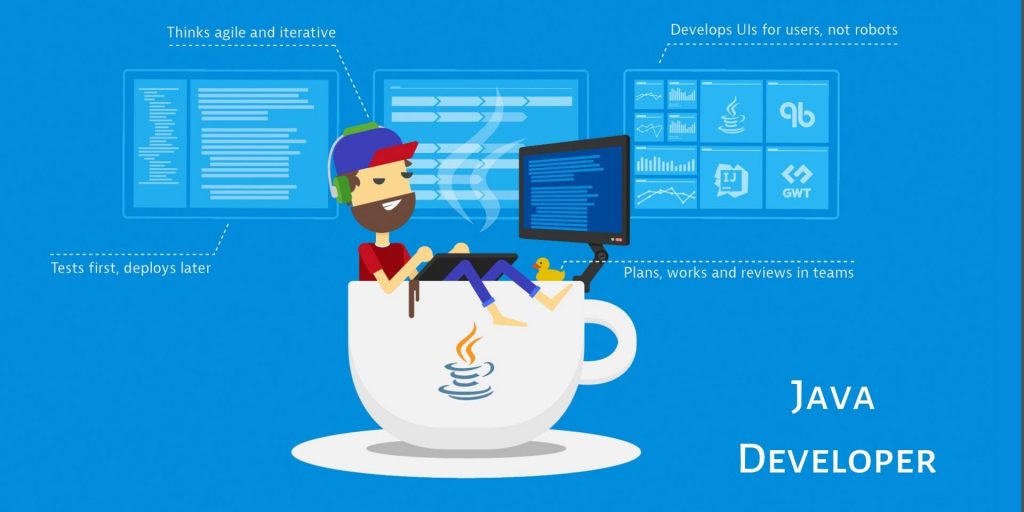 Continuous to the series of Java is an article about Java uses unchecked or unsafe operations. To be honest, if you are a developer, while working with Java, you surely have met this warning. So, what is the main cause of this issue and how to fix it effectively? Let’s make it clearer with ArrowHiTech […]

Sorting algorithms java: Everything you need to know 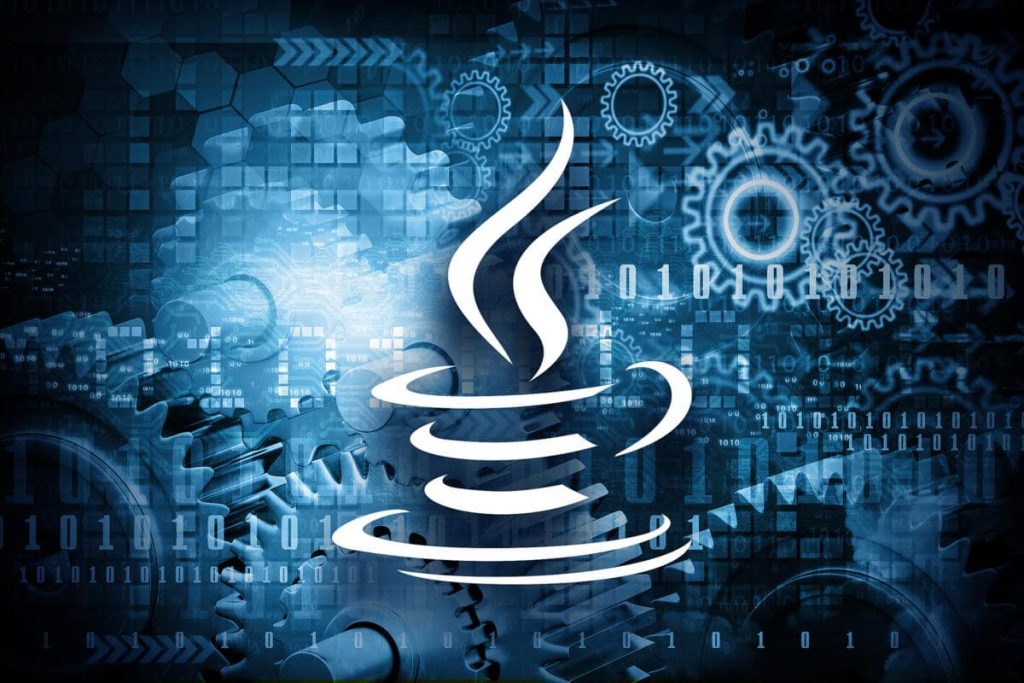 In case you are a programmer or a developer, Java is one of the important and must-have knowledge you have. Also, coming to Java, we can help but mention Sorting algorithms java. If you haven’t known any information about it, we think you will have many difficulties when working with Java. So, in order to […]

How to round doubles in java to two decimal places 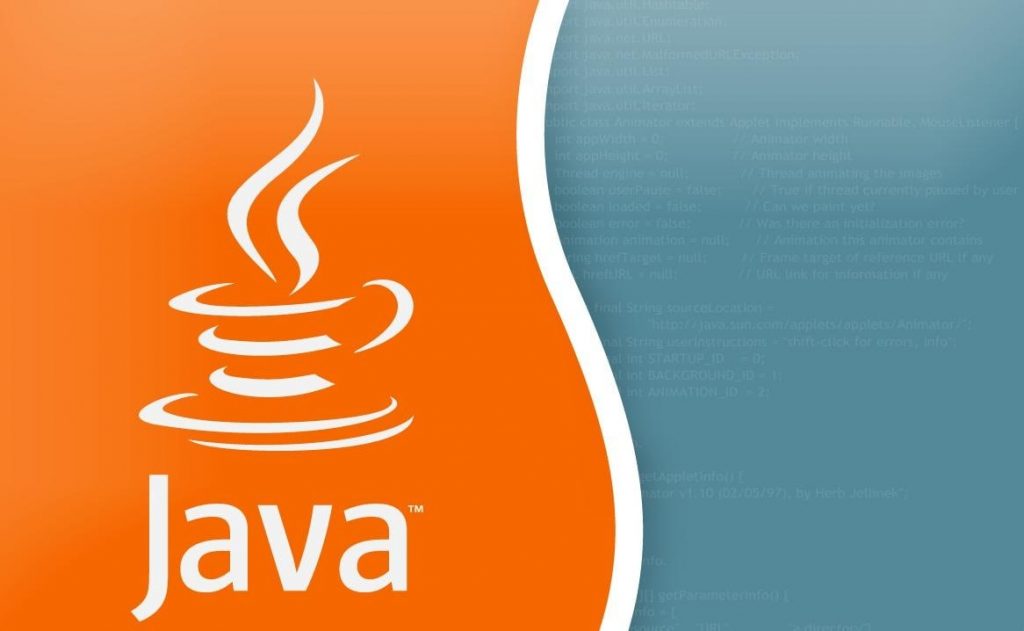 Whether you are a developer or a non-developer, maybe you have heard of Java. In reality, Java is considered as one of the most fast and worth-using computing platforms in the global market. Then, this is the reason why Java is reliable and widely used by a lot of programmers in the world. If you […]

Typeerror: ‘float’ object is not subscriptable: How to fix it in Python 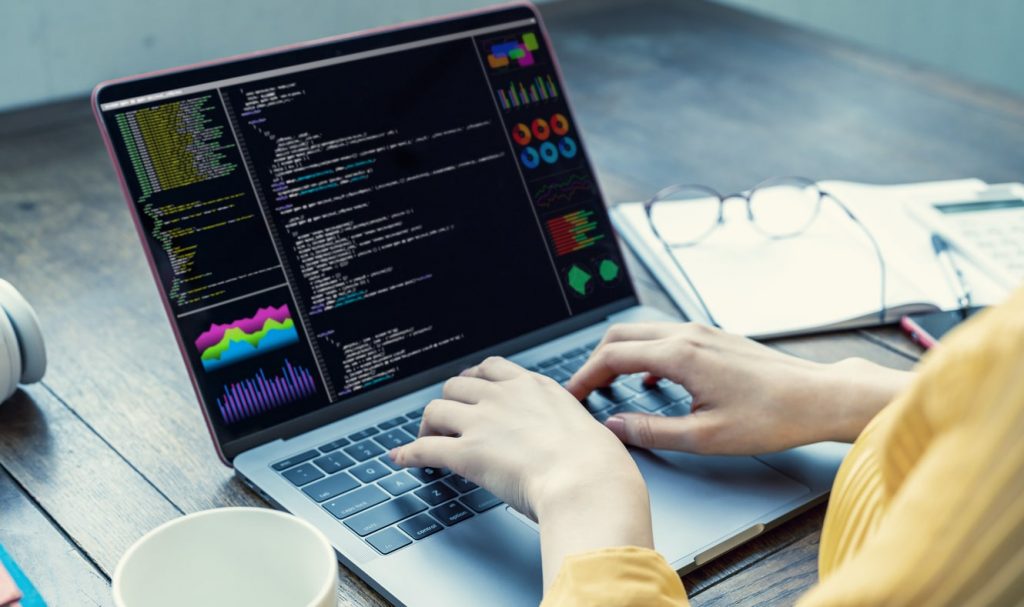 As you may not know, Python can appear with several both simple as well as sophisticated errors. However, almost all of its errors have effective methods to fix them. And, Typeerror: ‘float’ object is not subscriptable is the same. If you are unnecessarily catching up with this error, don’t worry. This is because there are […]

Typeerror: ‘<' not supported between instances of 'str' and 'int' with solutions in Python 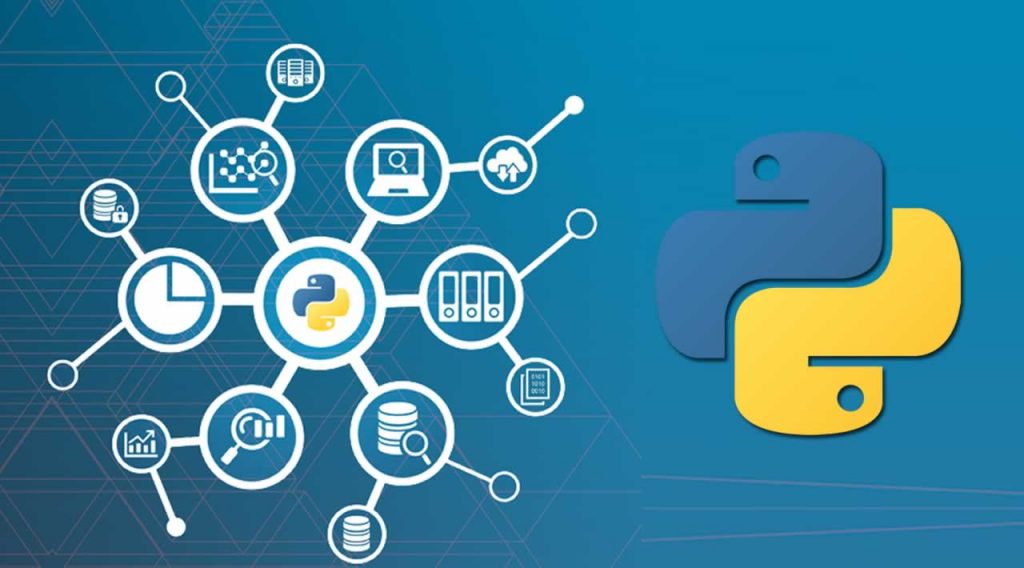 When working with Python, the Typeerror: ‘<‘ not supported between instances of ‘str’ and ‘int’ will appear easily if you don’t work carefully. Luckily, however, this error can be avoided quickly with several simple methods. Which are they? Then, ArrowHiTech will suggest them for you through this article below. What is Typeerror: ‘<‘ not supported […]

Typeerror: only size-1 arrays can be converted to python scalars with solutions 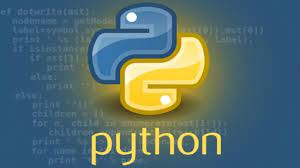 When mentioning Python, ArrowHiTech thinks there are various people who will immediately think about an advanced yet really easy-to-use programming language. In fact, working with it is quite simple, however, if you aren’t careful, you will easily get hard problems. Then, one of the most common errors in Python is Typeerror: only size-1 arrays can […]

Valueerror: could not convert string to float: How to solve it in Python 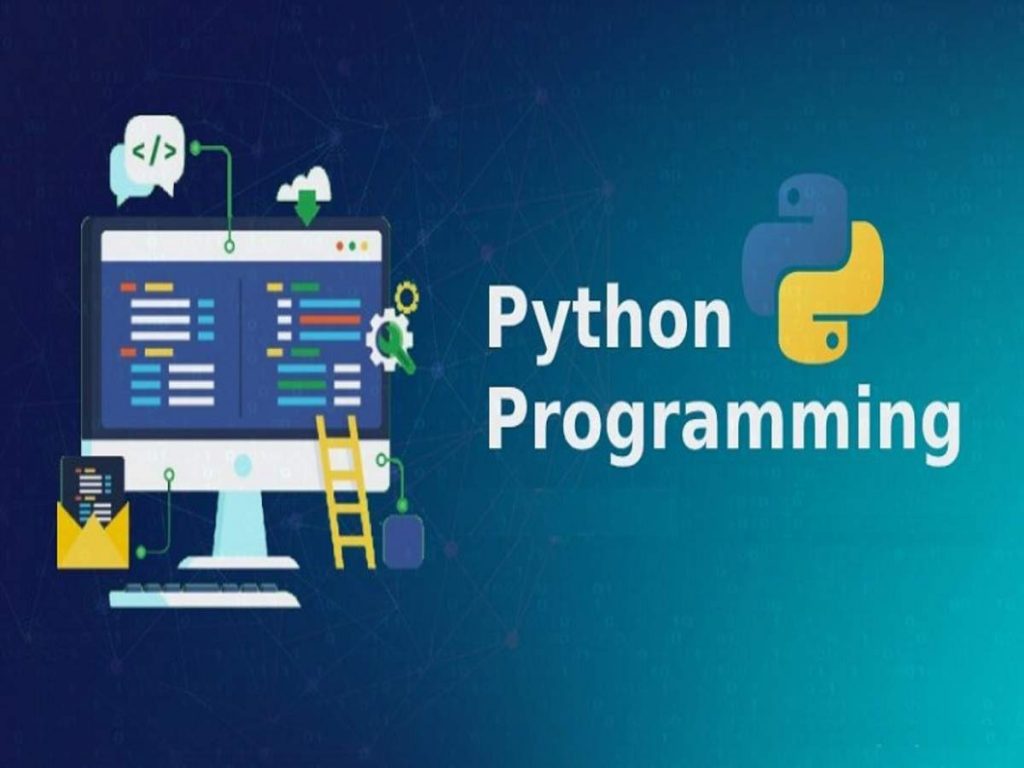 Until now, Python has always been highly appreciated by developers as well as programmers for its easy-to-use. Of course, this programming language can also cause several unnecessary errors if you don’t work with it carefully. And, one of the most common errors people face most is Valueerror: could not convert string to float. However, this […]

Typeerror: ‘str’ object is not callable: How to fix it in Python 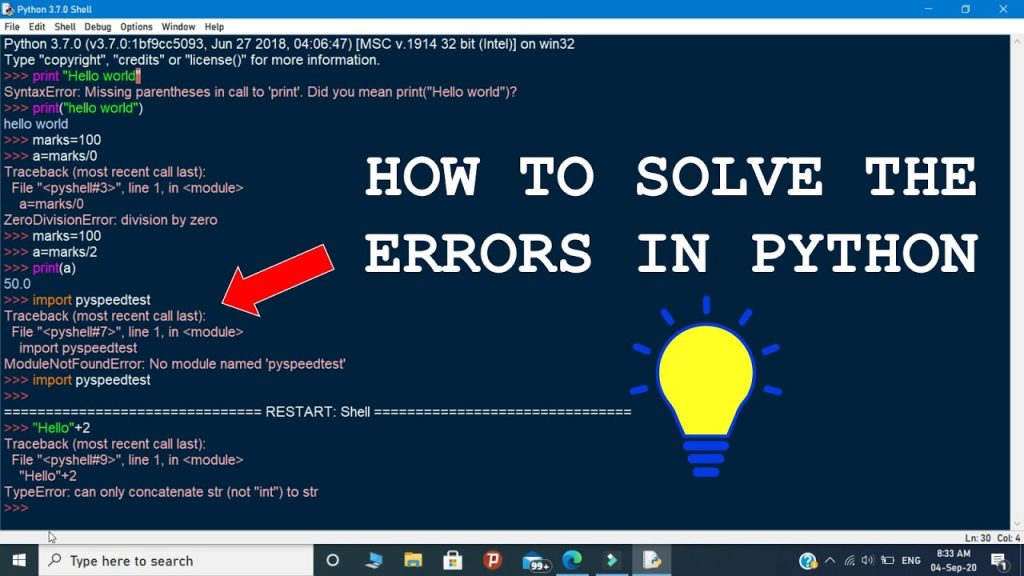 Although Python is always known as a simple-to-use programming language, it still causes some errors if you aren’t careful. During the process working with Python, you will easily face the Typeerror: ‘str’ object is not callable. However, you don’t need to worry because this error can be solved with ease. In this blog, ArrowHiTech will […]

Python methods vs functions: The key differences you should explore 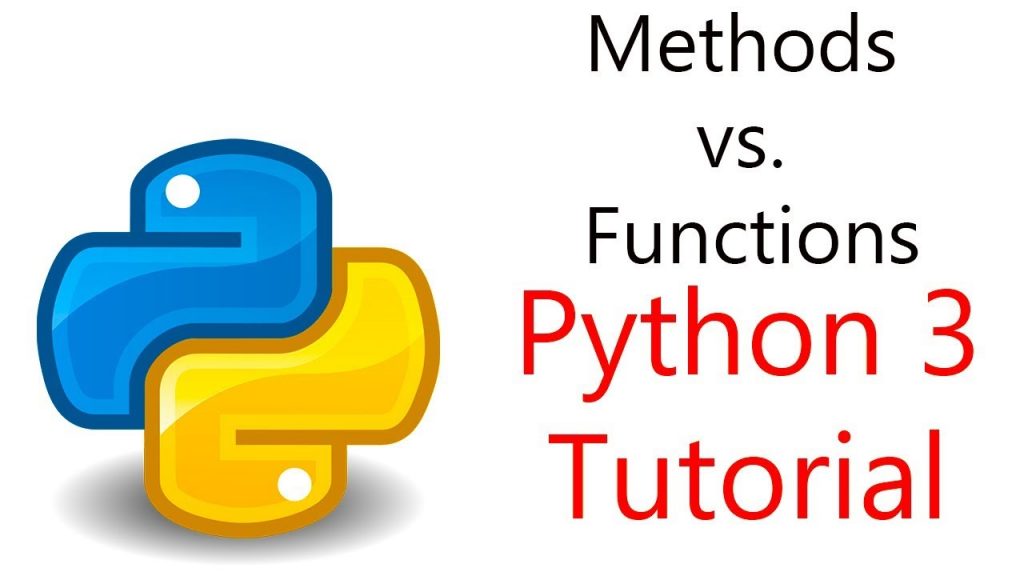 Continuing our topic of Python programming language is the article of Python methods vs functions. First of all, in our previous articles, you can probably know that Python is always considered as one of the most friendly with users and worth-using languages in technology’s field. Then, coming to this blog, ArrowHiTech continues to provide you […]

Python if else in one line: The simple guide to use it with examples 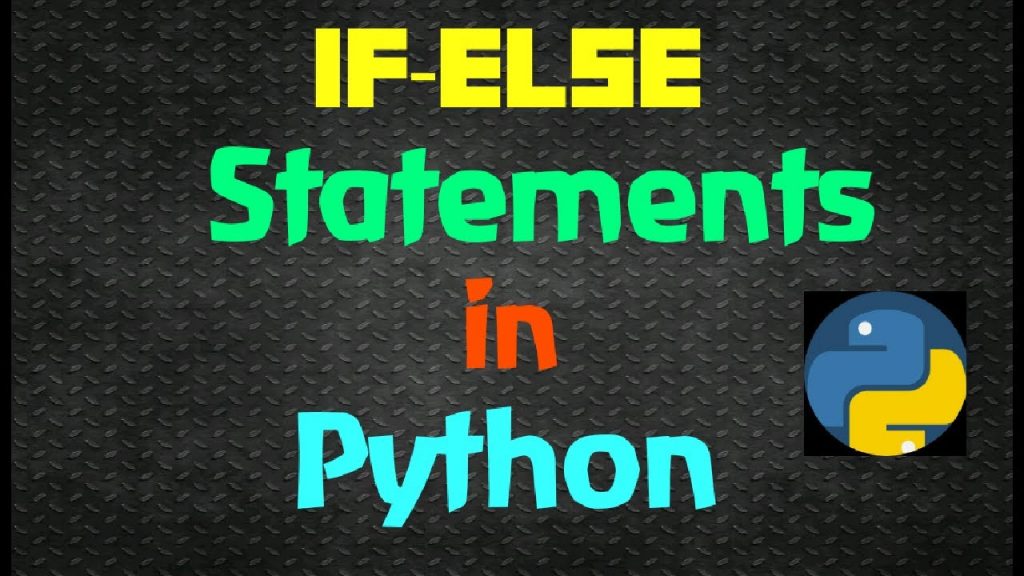 Python programming language has created its reputation in the global market thanks to its user-friendly as well as the great performance. However, in reality, Python comes with various types of features, and one of the most important ones is Python if else in one line. Do you have any knowledge of it? If not, this […]

Python ternary operator: Definition and effective ways to implement it 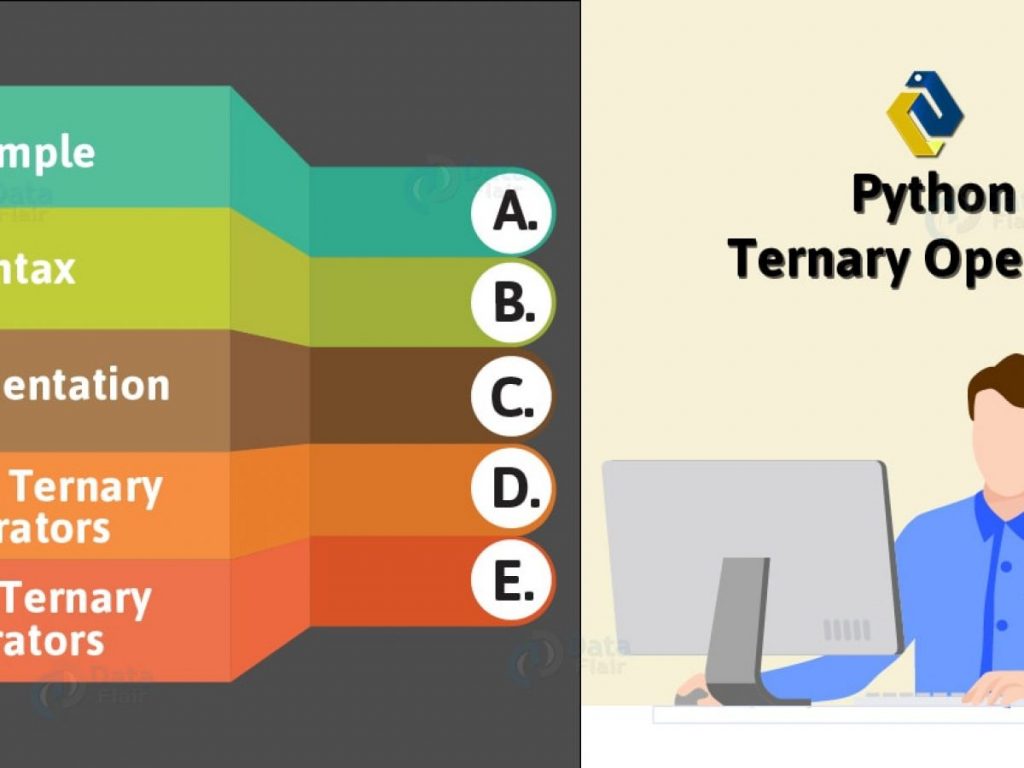 As you may know, Python is one of the most simple and user-friendly programming languages in the world. In the previous blog, ArrowHiTech reviewed for you the Python advantages and disadvantages in detail. In order to continue the series of Python, the next article we want to discuss with you is about the Python ternary […]

Python advantages and disadvantages: Key points you need to know 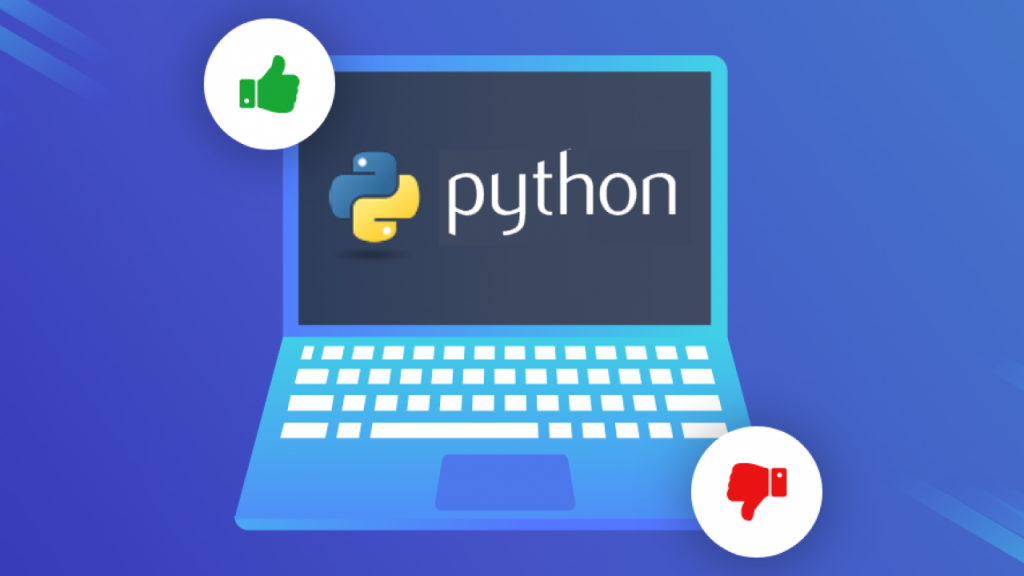 Python is probably a name that is not too unfamiliar to any programmer or developer. In fact, Python is considered as one of the most user-friendly and professional programming languages in the global market. Although Python is quite popular, if you are a newbie in this field, you are probably still confused about it. So, […]

Swift ranges: How you can work with it in iOS development 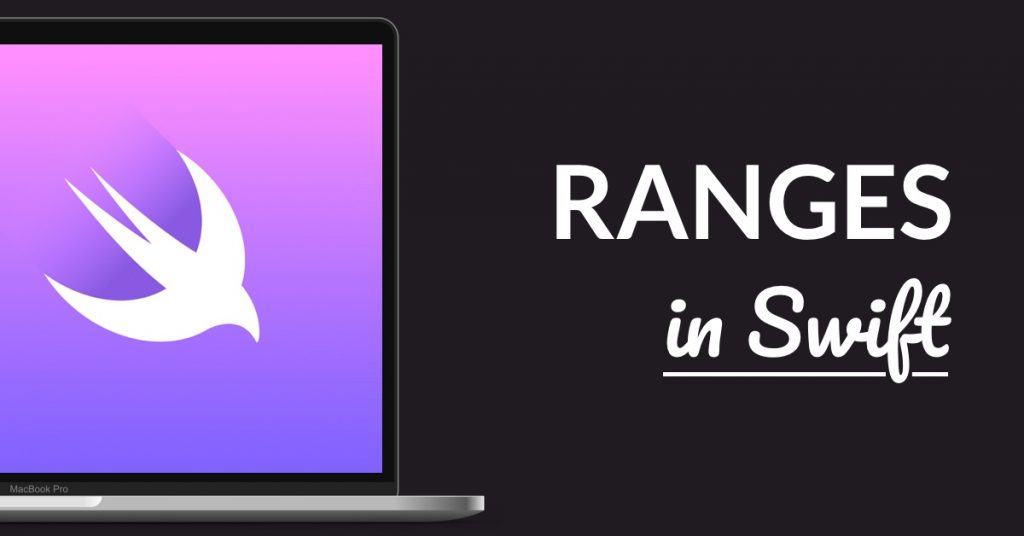 Can’t help but mention Swift ranges when you want to work well with Swift programming language. If you are following the previous articles of ArrowHiTech, you may know Swift is one of the well-known and greatest languages in the world. In order to continue our series of blogs about Swift’s features, let’s come to Swift […]

Shopify vs godaddy: Which is the best one for selling online? 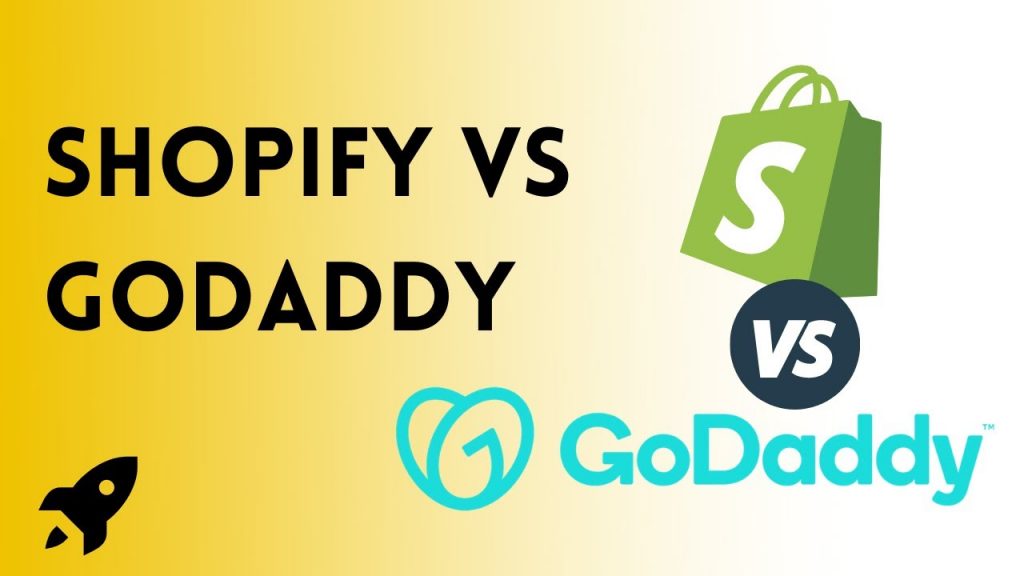 If you are planning to open an ecommerce store, the first thing you have to do is choose an ecommerce platform that fits the product and meet all your requirements. In the global market, there are various options that you can select from to build your store. However, in this blog, ArrowHiTech only mentions Shopify […]

Shopify payments vs stripe: The key differences you should know 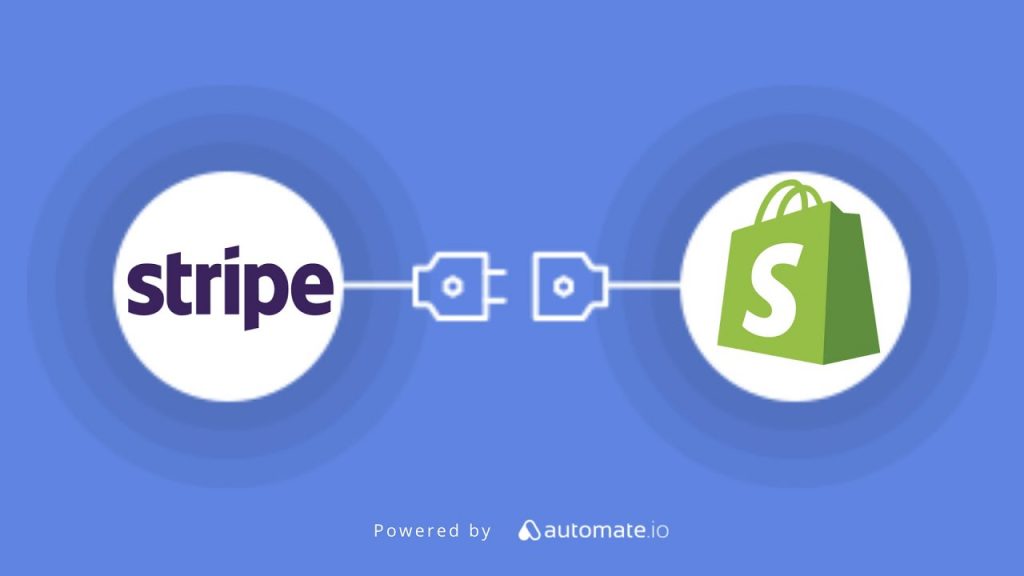 As you probably know, nowadays, because of its superb internet marketing strategies, Shopify has quickly become the number one choice for anyone looking to launch an online business. During the launching process of a store on this platform, one of the most important parts shop owners should focus on is the payment process. In terms […]

Value types vs reference types: The main differences in the Swift programming language 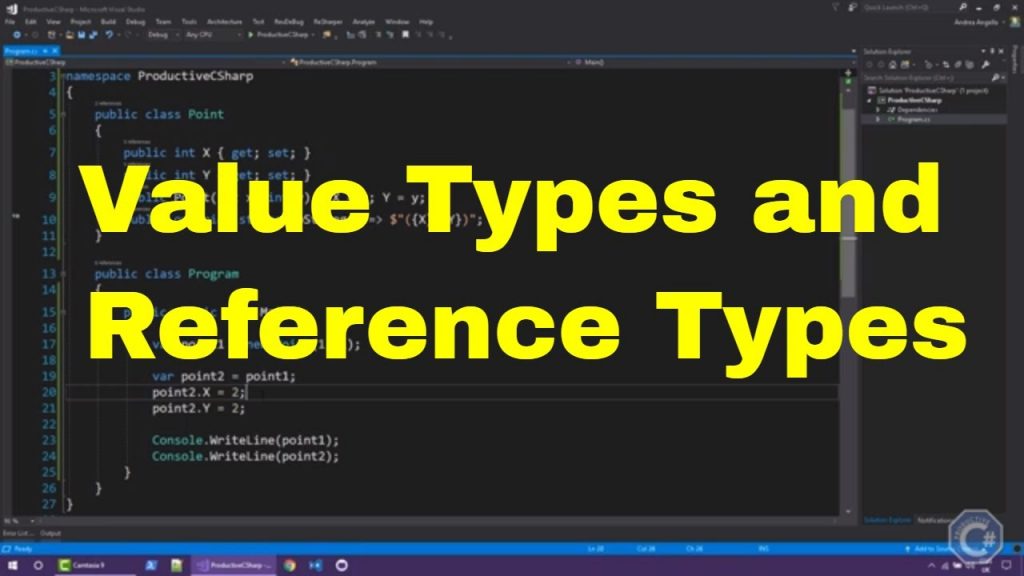 Continuing the series of articles about Swift programming language, today, Arrowhitech gives you the article about Swift Types, namely Value Types vs Reference Types. Let’s take a look with us right away!  What are the Value types vs reference types?  As you probably know, each variable, constant, as well as property in Swift all has […]

Swift generics: How does it work and the problems it solves 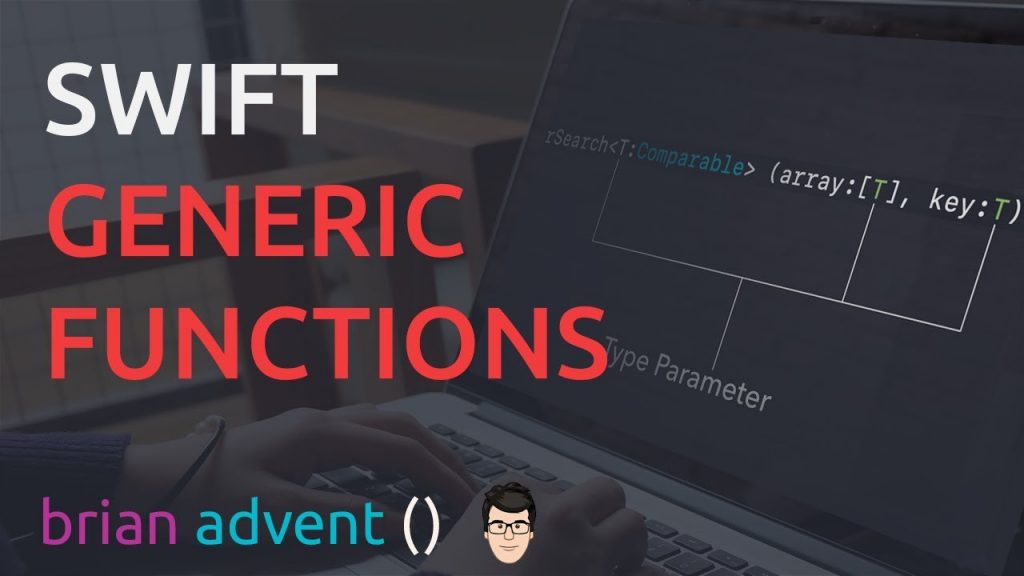 As you probably know, Swift is always considered as one of the most popular and trust-using programming languages in the world. Not only as simple as a language, but Swift also runs as a smart tool with tons of outstanding features. And, one of them must mention Swift generics. Maybe you’ve heard of Swift but […]